We continued down trail from that heart-lifting trail magic from Abigail, alongside an almost catastrophic human-engineered canal system. (Humans trying and failing to control nature, imagine that).  What did come from it was this nice shaded levee for the rest of our morning walk. We met a couple poking at a water moccasin snake, and opted out of joining them in that endeavor.  To get to the other side of this canal, we had to signal the lock keeper with a cow bell, which may or may not be heard, then he’d shut the locks and walk across to unlock the gate. 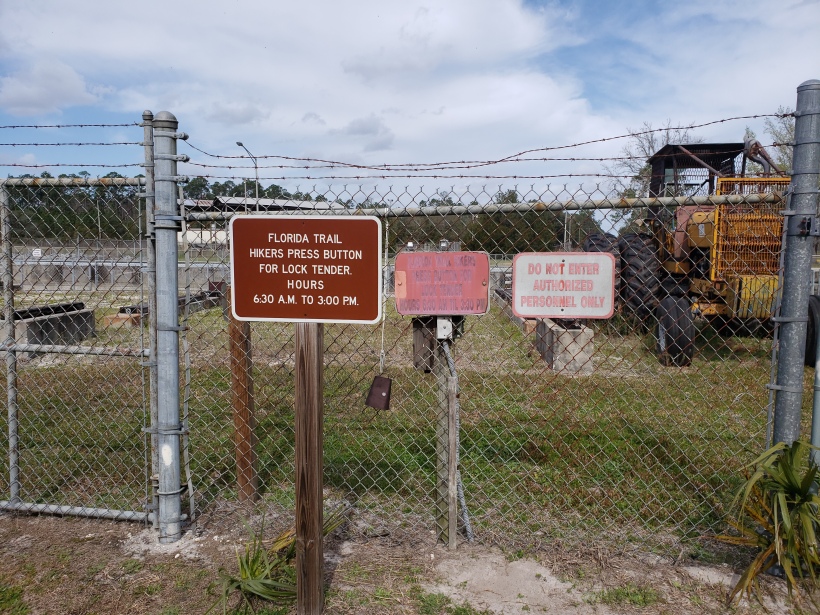 We enjoyed lunch at the park next to the locks while we played Pokemon and waited for Jane & Jared to join us for the afternoon. The afternoon presented a quite different set of paths for us as we skirted property lines along rough fire breaks, twisting and turning our legs and feet as we went.  It was nice to have good company to chat our way through the squirrely pathways.  We crossed out of one section of forest, requiring us to cross a very busy road with deep ditches on either side, filled with water.  But of course, no bridge across since it’s on DoT property.  Great, now wet feet for the last 3 hours of an already slow progressing day. 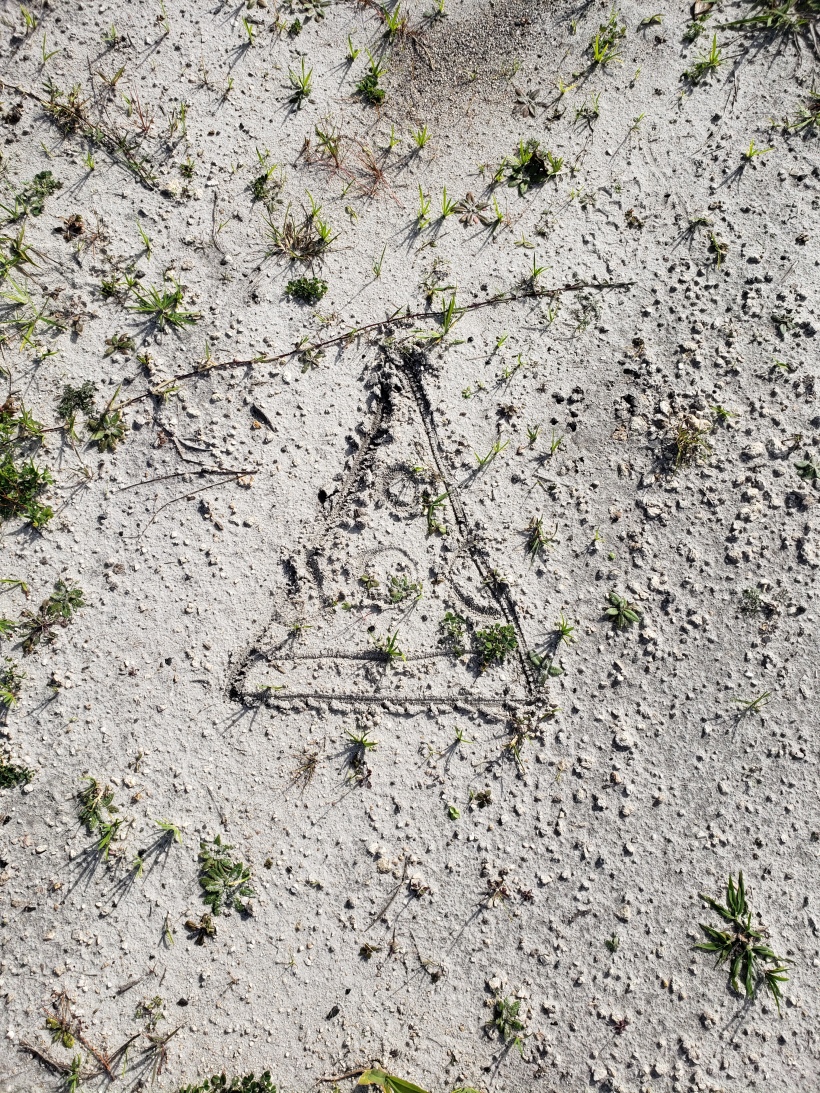 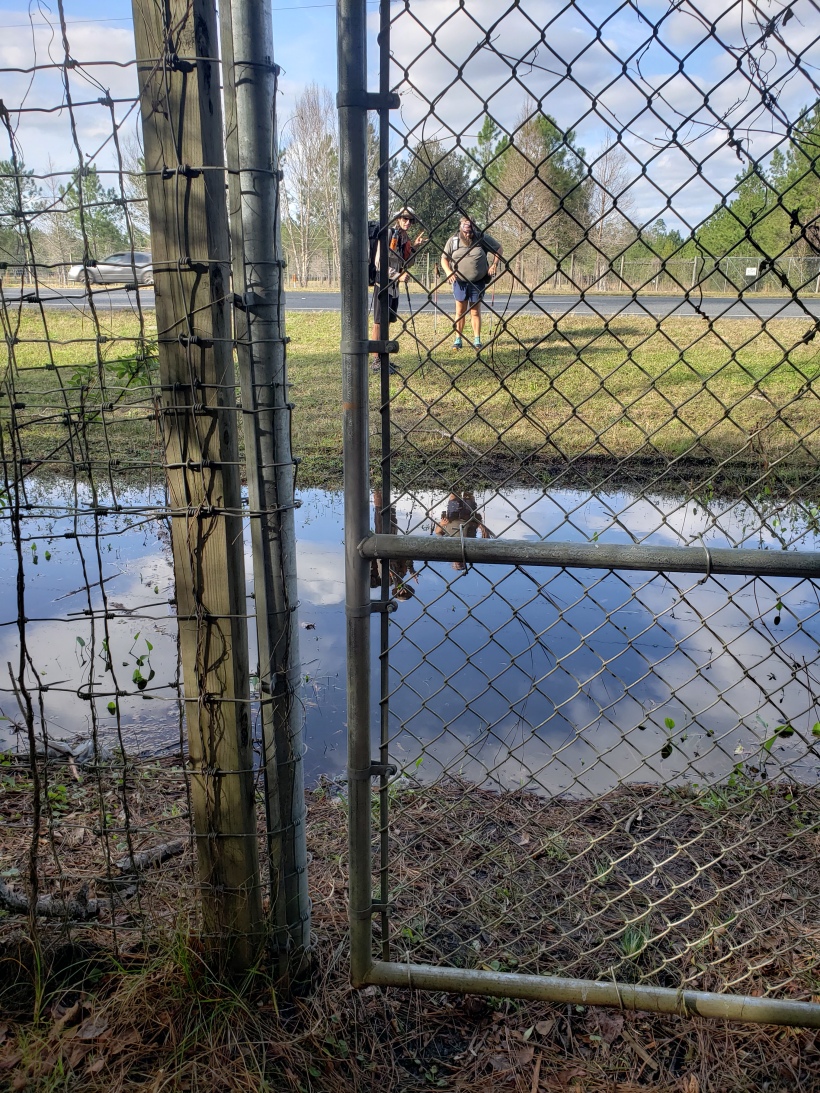 The last bit of trail before our camp destination for the evening was a very unique section: over a quarter mile of boardwalk through a deep swamp area.  The ever-present threat of being sucked dry by mosquitoes kept me moving along at a brisk pace along this narrow pathway, but I tried to stop to appreciate the scenery and construction feat as much as the bugs and my shin pain would allow.

I hobbled my way the last mile along old indigo & cotton plantation dykes and paths until we reached another very unique structure:  a two-story, screened-in shelter.  It has been dubbed the “Rice Creek Hilton”.  This protective structure is a rare treat in the wilderness of Florida. 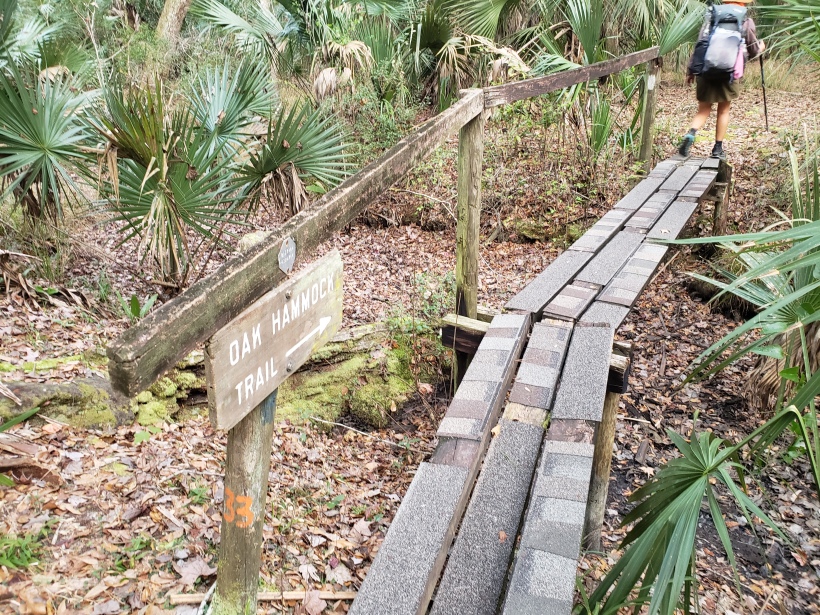 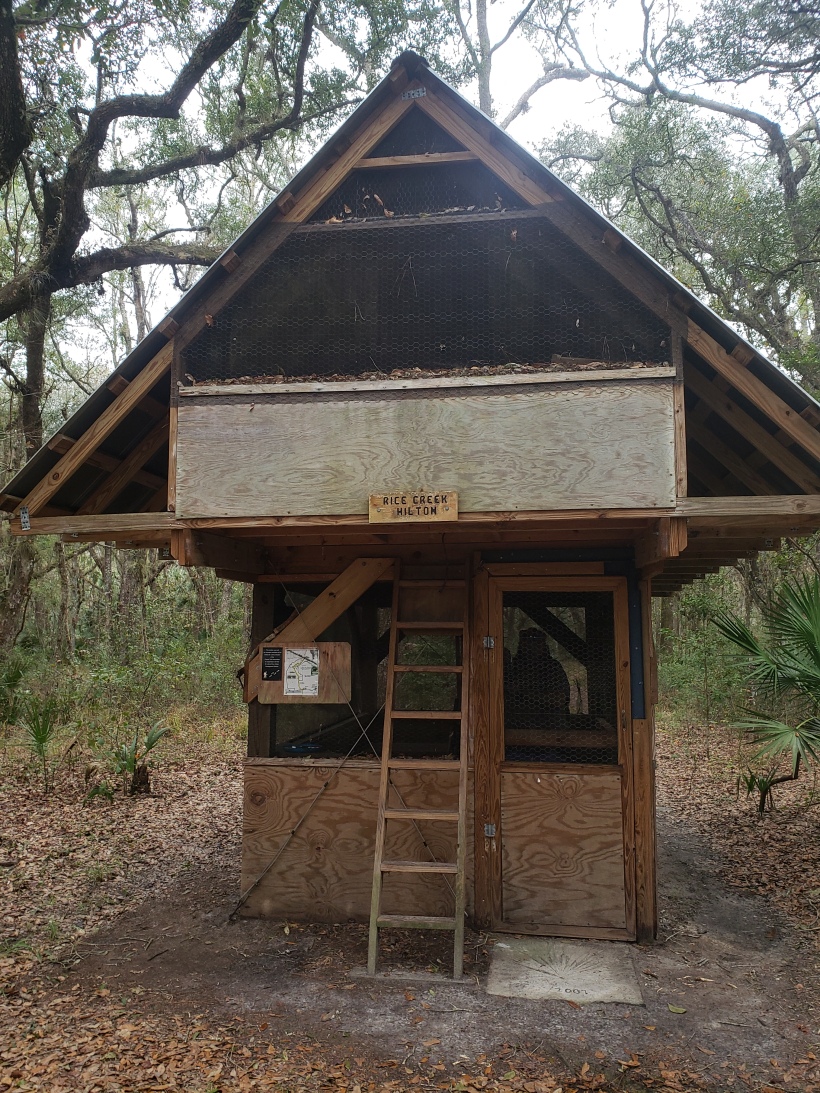 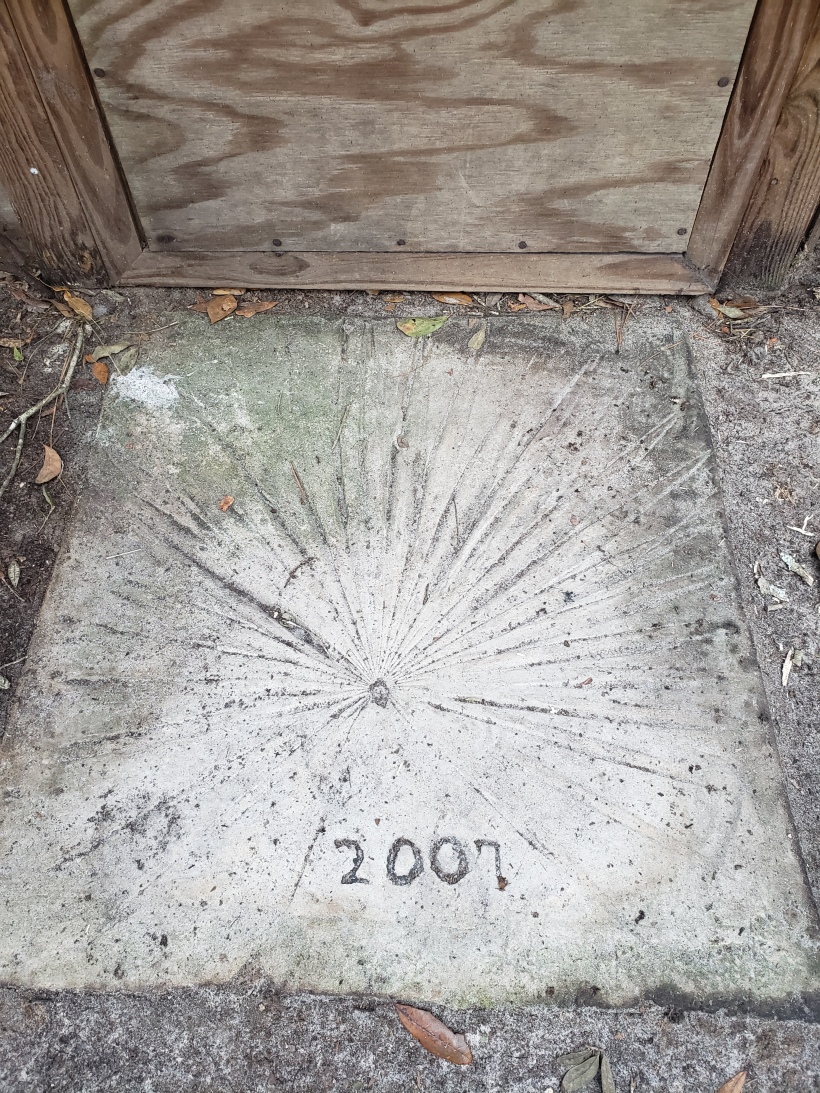 The native Floridians suited up and built a fire while Steve & I barely scraped together the mental energy to deal with my leg, filter water, and cook dinner.  Our plan was to sleep in the lower part of the shelter to not have to traverse the narrow ladder and trapdoor of the upstairs, but a little field mouse who had found his way into the shelter changed our plans to a traditional night in the tent next to the shelter, while Jane & Jared (now with trail name Fixie) camped in the loft. 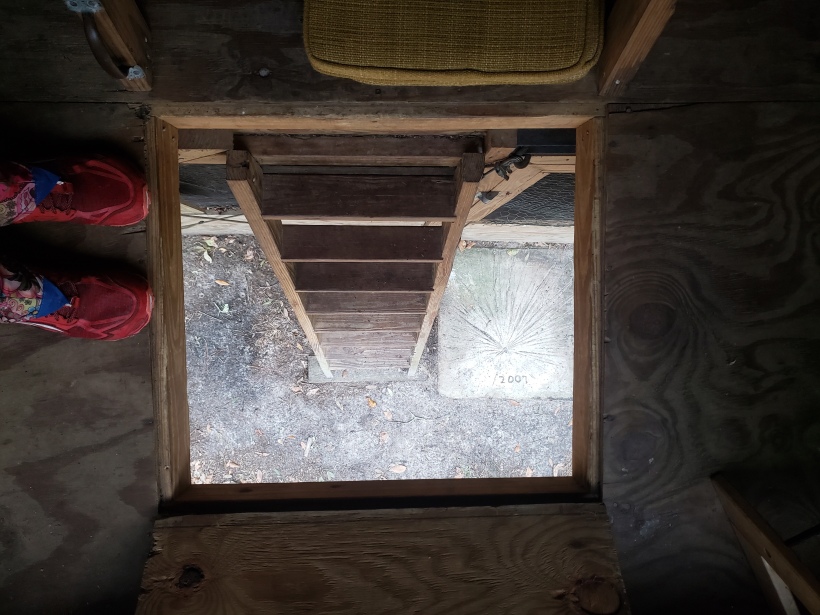 The next morning, we set out among the morning mozzies, while shin pain awaking quickly along the trail.  We made our way 2 miles to the road crossing, where the main road could go into town where we had a package and grocery store planned in another day & half, or the trail continued another 20 miles to another road entrance to town. With the location and persistence of the pain in my leg, we finally concluded to head to town early to let it rest for a couple days, then we could hitch back out to pick up where we were getting off. 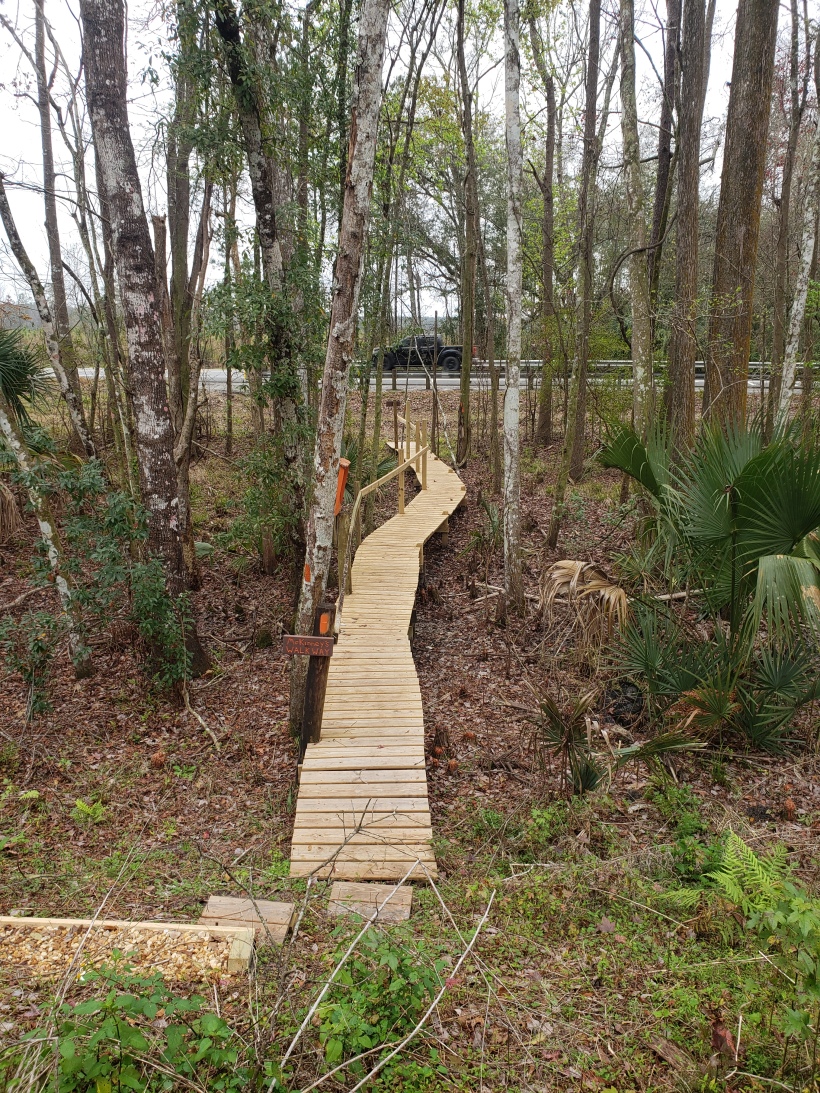 About a half hour of hitching, we had a local pull over to take us to Keystone Heights, which was the closest almost-on-trail town.  KH doesn’t have any overnight accommodations like hotels, other than AirBnBs which were all booked up, so we called AmVets to ask to pitch a tent on their property like we had seen some other hikers had done. They offered to host us at the nearby state park, where we could also shower and do laundry. The only downside was the campsite was 8 miles from town.  We had wonderful luck with locals giving us rides to and from our camp site to get groceries and supplies.

On our hitch back from town, we had a couple Steven & Karrie, take a chance and pick up some hitchhikers for their first time. Boy, did the universe send us some angels.  They took a strong interest in our adventure and wanted to help as much as possible.  When my leg wasn’t any better after 2 days of laying in a hammock, she drove us to the next town to the clinic to make sure it wasn’t a stress fracture.  She also picked us up to get our package at the post office before we set back on trail.  Then, she was even game to pick us up on our test hike on the weekend.  I can’t thank you two enough for your kindness to strangers to make sure we were healing up smoothly. 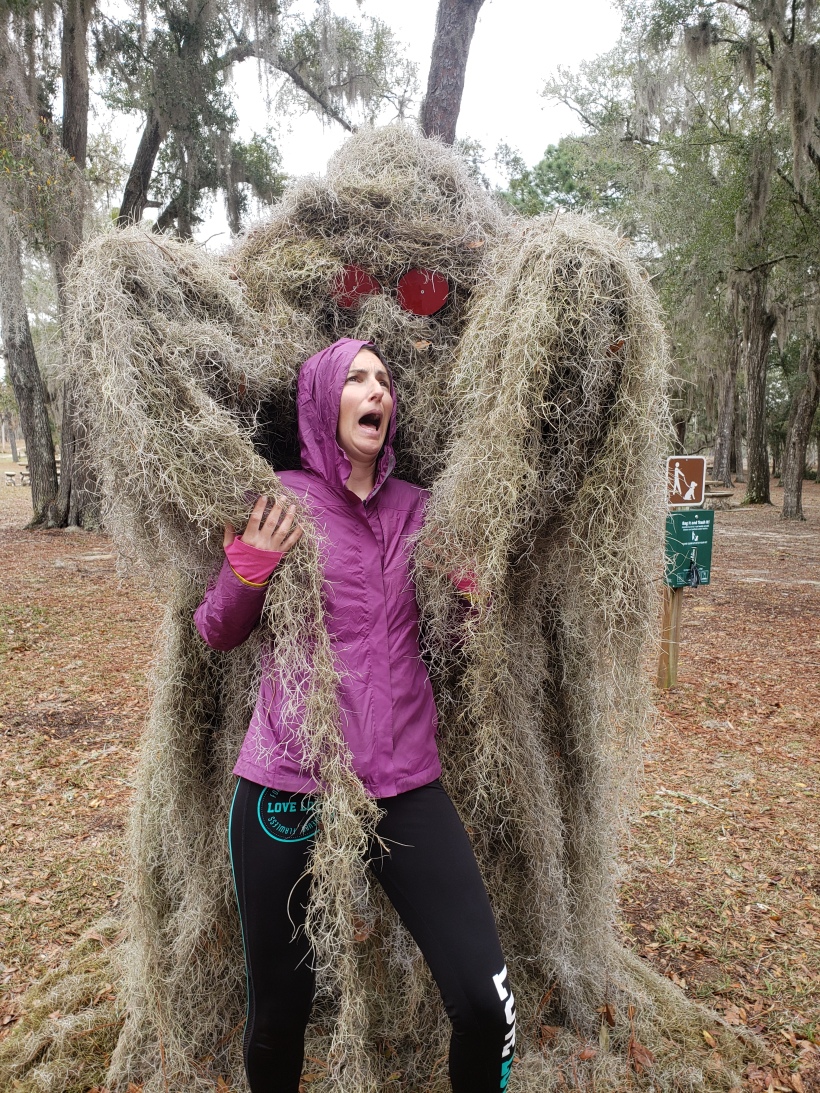 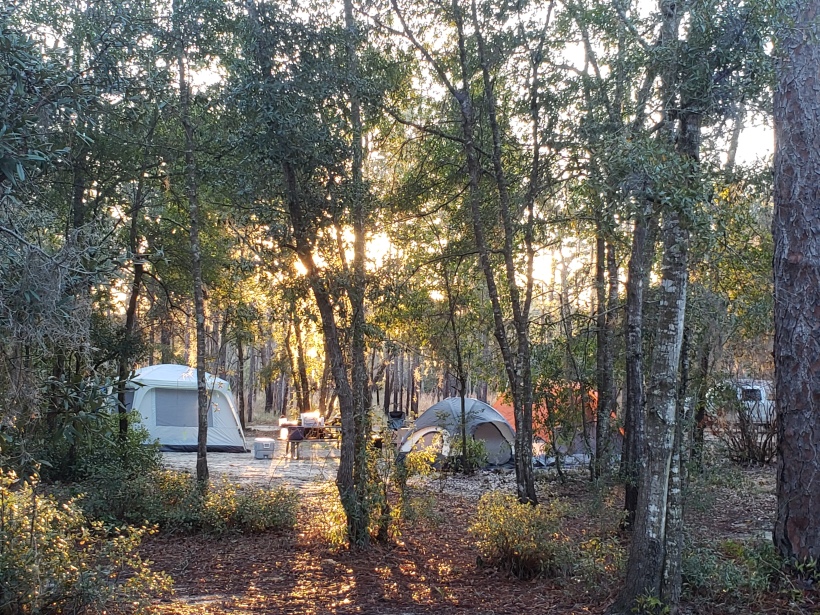 We also befriended our campsite neighbors, who shared some food, helped retrieved our pizza delivery, and checked in on us when we didn’t return from our test hike to see how we were doing. These are the people who really instill hope for the good of people. 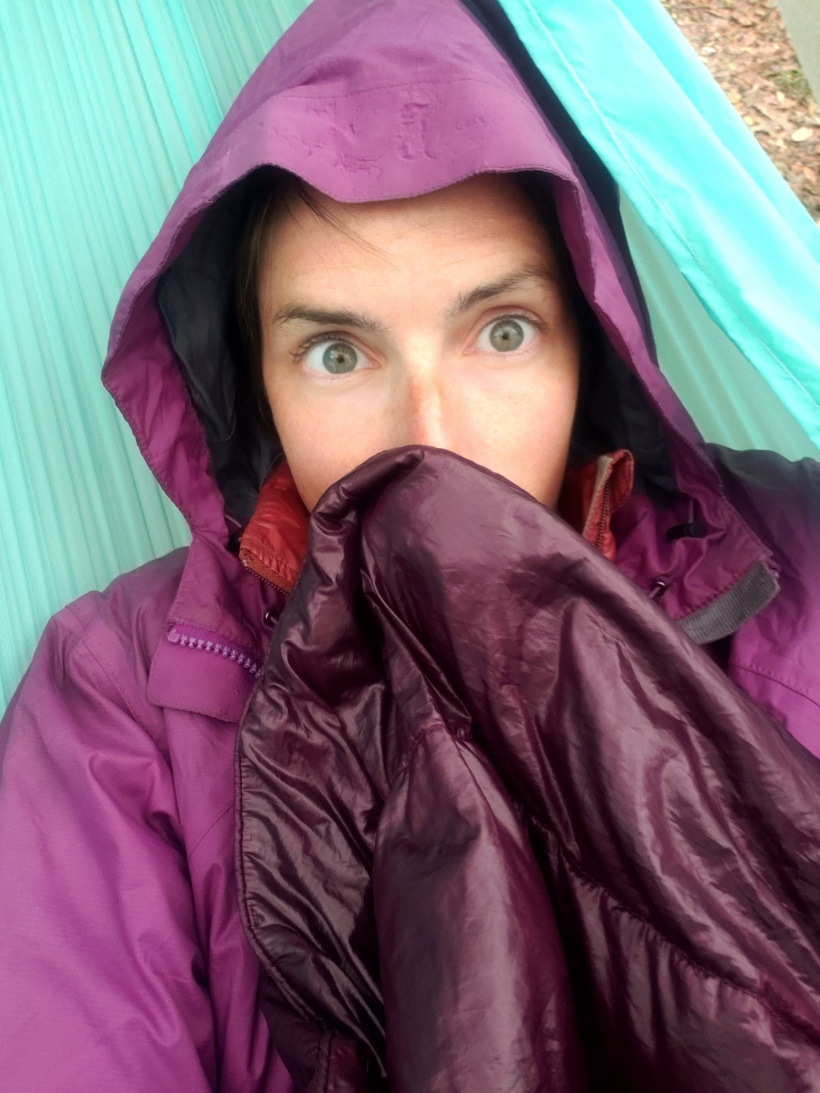 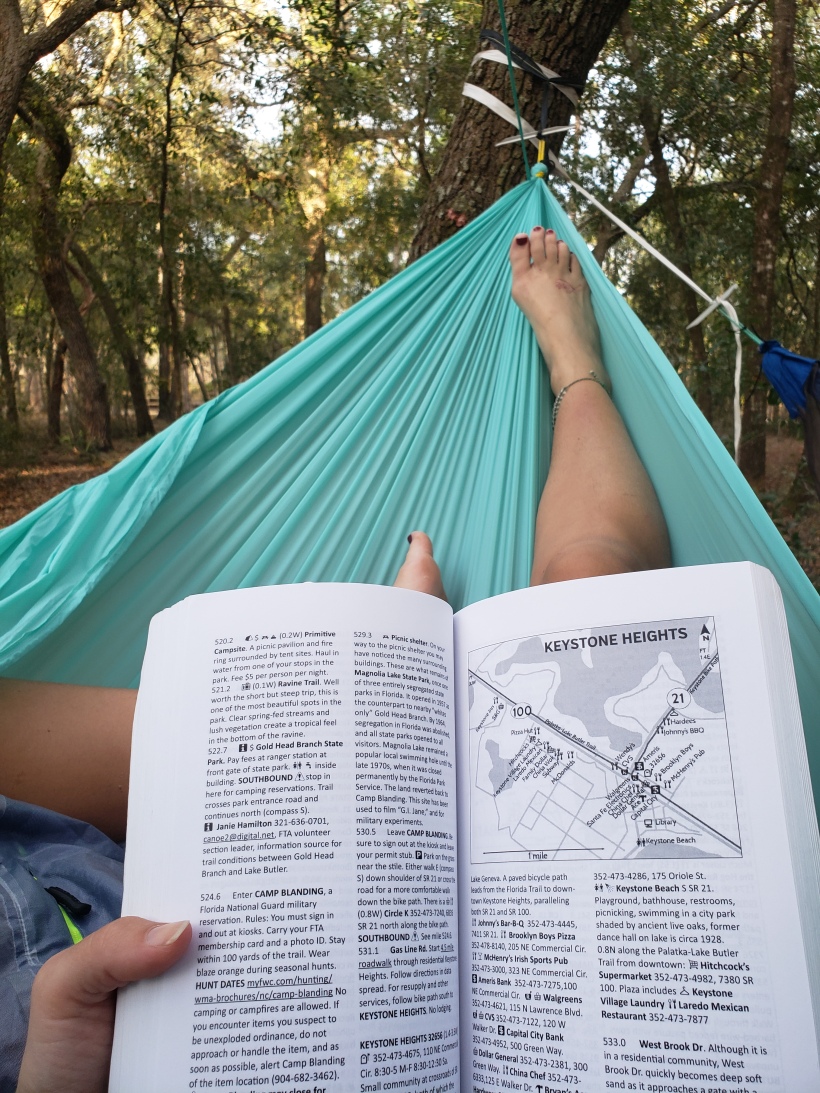 After 3.5 days of laying a hammock with my leg elevated and mostly inactive, we left the campground Saturday morning with the plan to go nice and easy with two 10-mile days to cover the section we missed hitching in earlier in the week.  We got about 3 miles down a dirt road before sitting down to evaluate the situation.  Though the pain wasn’t as bad as it was at the end of an 18-mile day, it was already becoming noticeable after 3 easy miles.  So there, sitting along the sunny roadside of some country highways, we had to make the decision to keep hiking and hope for the best, or call it while we had access to cars to get to town. 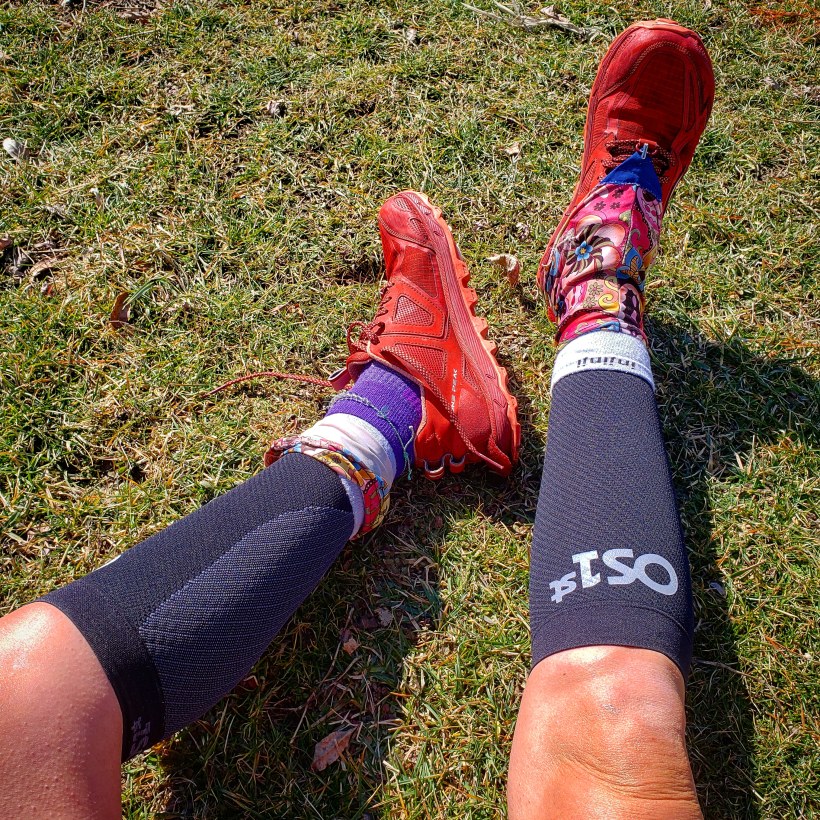 I had to make the call. It wasn’t worth it to let a short-term injury, something between shin splints and a stress fracture, that could heal in a couple weeks, turn into a bigger problem that could jeopardize our future hikes or jobs. I tucked my tail, declared defeat, and got the hitchhiking bandana out.  We got a hitch, from yet another Steve, into Palatka, where we had access to a bus and train which could help facilitate our exit plan, whenever we got one developed.

As soon as we walked into the McDonald’s, we were greeted by a live bluegrass concert, complete with 2 old guys on guitar & mandolin and an 8-year-old boy strumming away on the stringed washtub. They were just jammin’ away as patrons ate their meals and drank their coffee. We were also immediately approached by two older gentlemen asking if we were out hiking the Florida Trail.  A nice 30-minute conversation revealed they were quite involved in the creation of this area of trail.  Remember that cool boardwalk and shelter earlier in the post — they helped build it 13 years ago! Richard Vance & Doyle Wells were engineers who helped Hoffman (project point man, whom the crossing is named for) build this big undertaking of a swamp project. We expressed how impressive of a build it was and how much we appreciated it.  Doyle even has a little crossing named for him, too.

This was quite a neat encounter to help ease the sadness of departing the trail. While we ate, we were able to connect with Janie, a trail angel in the area, who put us in touch with Donnie, another local who offered to give us a ride to Jacksonville an hour away to get a rental car for the 14-hour drive back to Illinois. (Which had its own trip-ups, like a flat tire 20 minutes into the trip, and a long chat with an IL State PoPo. Always an adventure…)

Steve & I can’t thank everyone enough for the support and love we’ve received on this adventure. Yes, it didn’t go to completion, but hey, 500 miles is better than nothing! We’ve met countless amazing friends along the way that we look forward to staying in contact with and will probably run into again in the future! The trail provides!

In the week we’ve been home, we’ve had some great luck in stumbling into a few cool potential jobs for this year, so stay tuned. This adventure may be done, but there’s always SMOR to come! 😀