Leaving our haven we set out fairly early, the goal was Maine.  We wanted to get out of New Hampshire and into the last bit of our journey.  Just a few mountains in our way, ironically Mount Success was in our way and it called to be conquered.  We all set out together, Earthling way in front and Flailing and I in the back talking.  He was weighed down and so was I, his headaches proved to be all the advantage I would need to push ahead.  Its not as if there is a competition, but sometimes it was nice to hike alone and or with someone else.

I thought back to Roland, my best friend, my dog.  He was the best swing dog, as long as I kept him chasing Alli he would never stop pulling.  He needed that motivation of the chase, forever in second place.  The two of us, Roland and I, couldn’t have been more similar in that regard.  With Earthling out front I pushed hard to overtake her, falling into my rhythmic breathing and letting my mind go.  I chased her up about half of the mountain before overtaking her.  The chase, especially on the uphill that didn’t require technical climbing I excelled at.  I could push harder and longer than the others with that constant pace. 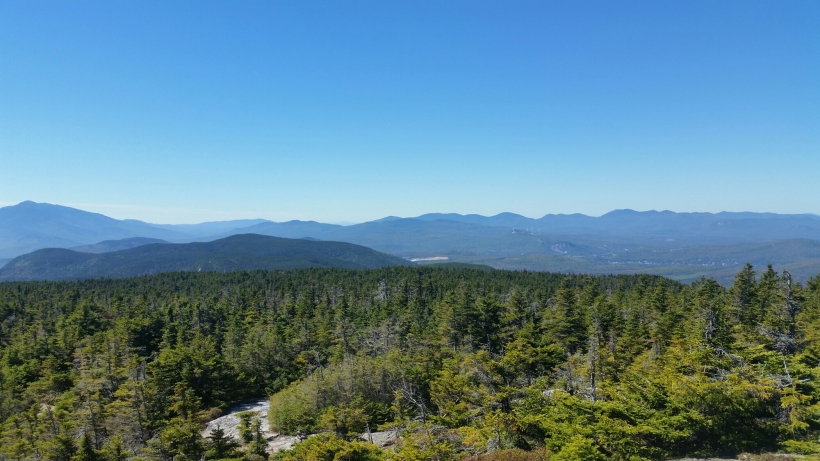 Reaching the top I dropped my pack and took in the views.  There are so many false summits on the trail and I was right on one.  Looking into the tree line I could see another rock face barely sticking up and over the trees.  Putting my stuff back on I went on and up the trail again as Earthling came out of the trees and followed suit.  We waited for a few minutes for Flailing and chatted with the day hikers for a moment.  They told us of a plane crash that had occurred in the fifties on the mountain.  Pulling up Google, the two of us took off back down the AT to explore the crash.  Some time in the Fifties a airliner had crashed into the mountain and the wreckage could still be seen.  The more I read the more common it was on the NH mountains.  There were wrecks everywhere on the peaks, such a shame.

Taking our time to relax we pushed out for the boarder.  Up and over the muddy peaks we pressed on, Flailing and I together.  New Hampshire was pushing hard to not let us go.  the terrain became almost impassible as we stepped closer and closer to the boarder.  Cliff was synonymous with trail at this point.  New Hampshire was determined to be one tough state all the way to the bitter end as I climbed down huge boulders and sheer cliffs to the state line.  Finally reaching it, I was greeted by some familiar faces as well as old ones.  We took our nice photos as well as our goofy ones before packing up again and stepping into Maine. 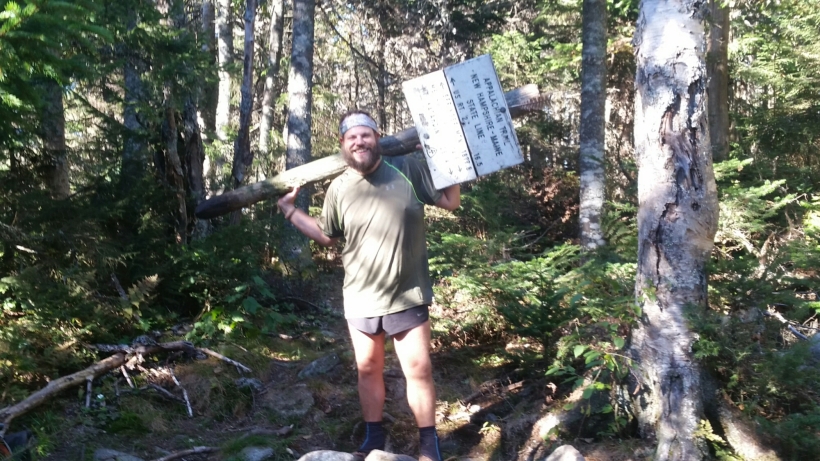 I wasn’t sure i could do it, really and truly, I stood at the boarder for a few moments pondering the depth and magnitude I was about to achieve.  If I stepped over the line, I would have walked from Georgia to Maine and that was huge.  Taking in a deep breath, I savored the moment as I slowly crossed the line into Maine.  We had come so far and there was still a good distance to go.  The three of us pushed toward the shelter for water.  Logic would overtake our need to press on with three liters of water.  We would end up staying and tenting at the shelter for the night, joined by many other hikers for the evening.  Each with their own emotional day, some cried, some cheered, all felt the gravity of what we had accomplished.