Hiking out, we were in a great mood from our spring slumber. Togo had already left and most of the camp had gone too.  Chatting, joking, fighting, we hiked away, climbing 500 feet in elevation unnoticed in the thick vegetation. You could tell we were on a ridge line but the thick rhododendrons hid anything from view. This is the reason The AT is called the green tunnel, all you can see is vegetation for the most part.  If it weren’t for the few cut outs in the thick, lush bushes and trees you’d never see anything.  We walked on without knowing what beautiful view was in front of us until a tiny trail cut away to a sheer rock.  This trail so thick, narrow, looked like an underground tunnel with just enough room for one person.  The view on the other hand was magnificent, tucked away, hidden from view, at 5000 feet we could see for miles upon miles on this clear day. 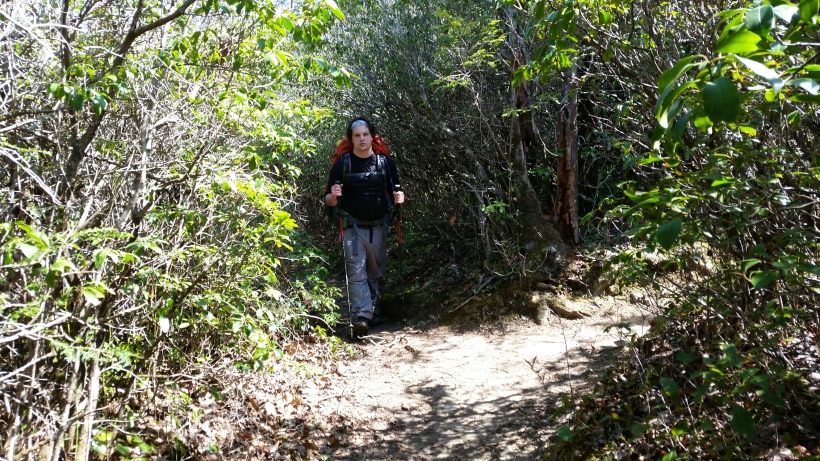 Taking our moment we looked out upon the vast open mountains we had crossed and felt a sense of smallness in the world.  We had crossed those mountains and if it wasn’t for this little trail cut that out, we would never truly see what we had accomplished already.  In the impressive mountainside it was hard to not feel a sense of greatness in the achievement.  Snapping a few pictures we hiked down to the valley and then up to Albert Mountain. The hiked own and up for the most part wasn’t too strenuous but it was constant.  Keeping a good pace was critical.

Coming to the final quarter mile of the climb up we faced a section almost straight up.  I knew it wasn’t going to be easy, but I didnt come for easy, I came for the undaunting challange of weather, terrain, and physical punishment. Kevin took a break at the last bit before it got hard, he wanted to rest before he ascended.  I on the other hand pumped full of adrenaline, endorphins, and emotional high moved forward, like a herd of bison, trampling anything and everything on my way up.  Hand over hand I climbed, my pack cinched tight to my body, I ascended without any thought of stopping.  Up, up I went floating from slippery rock to gnarled root the last 300 feet of elevation.

Coming to this bare, naked rock face, I snapped a few photos in exuberance.  Just a few more feet to go to the actual top, I soared up rising quickly above the terrain.  I had reached the summit, at 30 feet shy of a mile up I felt great.  A bit out of breath the winds gave life back to my lungs, filling me with that mountain air.  It was so windy it moved me back and forth a bit.  There was an observation tower here and according to the note it was locked.  It wasn’t long after that Kevin arrived up at the summit next to me.  We ate lunch and bundled up, our bodies cooling down, the wind cut the warmth right out of us.

Full bellies, refreshed we started our long 1500 foot descent to Rock Gap Shelter. We had miles to do and our only thought was getting to Winding Stair as soon as possible. Mile after mile we hiked on busting each others chops and never faltering in our pace or race to finish.  Coming to Rock Gap we took five to rest. Laying there with my feet up I stared at the sky, snapping one quick picture to remember the moment before pushing the last 4 miles out.  I was tired and running on empty, those four miles would seem like the longest four in history.

Dragging my feet we finally herd the sound of cars on the road.  We were here, or at least close to the road.  Pushing onward we skirted down the last bit of trail to the gap.  Oh sweet civilization, how I haven’t missed you, but here you are. Grabbing our pack covers I told Kevin let’s just hitch a ride to town, Kevin had other thoughts.  As focused as ever he wanted to catch a shuttle and was starting to get passed that the free shuttle only ran at certain times.  Dude have faith I told him, we will get a hitch, have faith.  Making the best sour face I have ever seen Kevin looked furious. We’ll if you keep making that face no one will pick us up, you look like someone just pissed in your cheerios. Have faith Kevin, I told him again as he rummaged through my bag looking for numbers to call.  While he rummaged away I snapped a picture of the water draped rockfaces surrounding us. 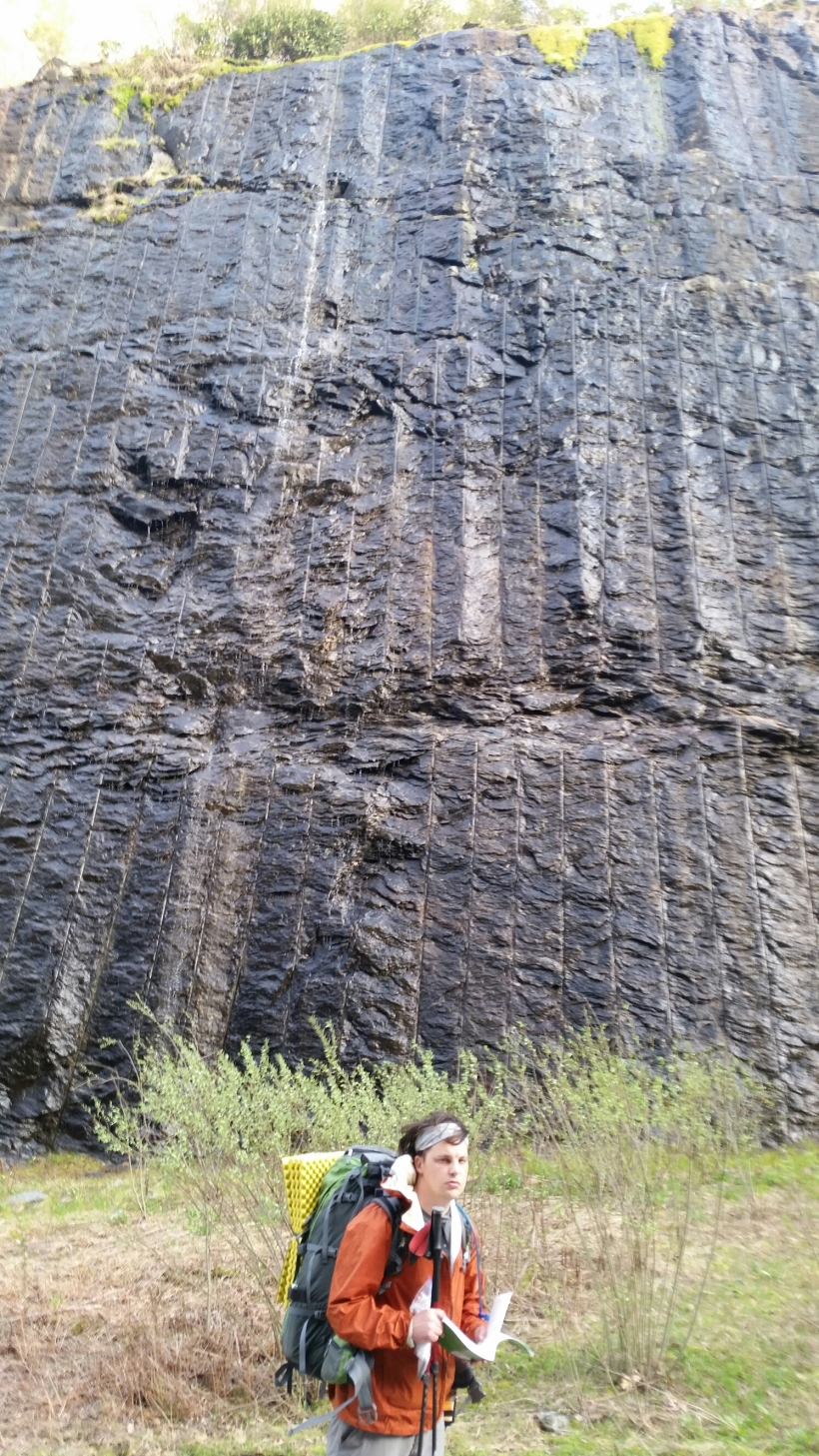 After calling three or four people with no luck on getting a shuttle it happened.  This divine act of faith manifested in the form of again large pickup truck.  Pulling over the gentleman just asked one question, where to?  Franklin brother, I replied. Tossing our stuff in the back we climbed intended of pickup and off we went with The Great Britain at the helm. Speeding down the mountainside,full of jubilation,I whooped and yelled, half from excitement, half to get under Kevin’s skin.  My victory was short lived though, there was a price to pay for mocking him.  The wind picked up and sucked my favorite buff off my head. We’ll that sucks a lot, crap on a stick, I loved that buff. Just a second ago I was on top of the world and now the bottom.  I hope I can get a replacement, I hate the look of the new one. 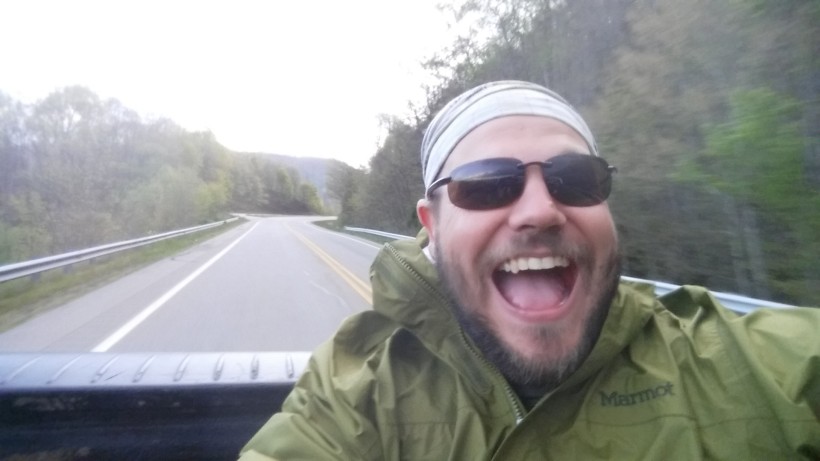 The Great Britain was from England and had come here to live.  It turns out he works in town and does a bit of guiding on the trails in his off days. This monster of a man, Standing well over 6 and a half feet, couldn’t have had a gentler soul.  His thick beard and long pony tail remind me of an old friend of mine, Mike Lashbrook from home.  His deep voice, thundering laugh, and huge smile made you just want to swap stories and have and pint with him.  Droppings off a the Hotel we thanked him and he then surprised us again.  Without any regard for his day, he offered to run us back out in the morning when we were ready to head out again.  Truly one of a kind, he is definitely The Great Britain. 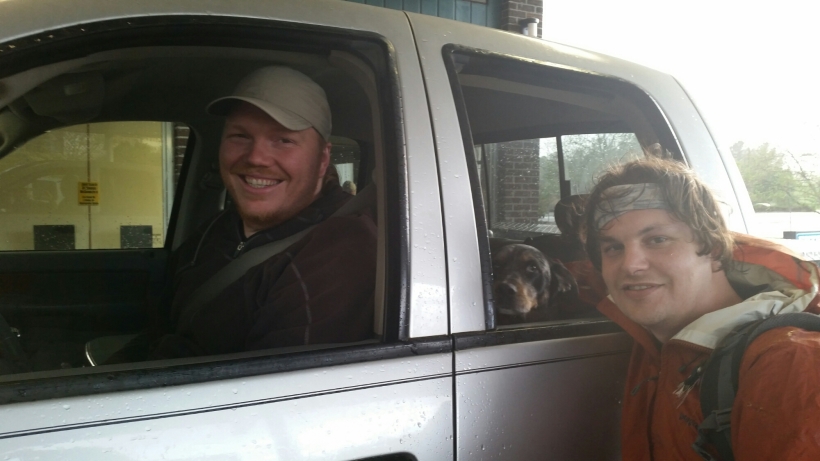