We had a late start leaving the hotel in the morning. Taking the 11 o’clock shuttle we hiked out from winding stair heading north. Refreshed from the very wonderful trail magic we recieved at our drop-off. There was a wonderful woman there dropping off a hiker couple, saying goods bye to them, she gave us some fresh-baked muffins and wished us well.  Happy from our trail magic we trekked on.

It wasn’t a longtime before we caught the group from the shuttle, two guys and two girls.  First thing I noticed was one of the guys, was wearing a skirt.  I asked him why and it became very apparent he may be onto something.  Why not, it’s airy, breezy, things aren’t crammed in there.  You know he may be right. The fie us walked, talked, and sang as we went this long up hill.  Very shortly after our hike up the guys got off and so did the girls to drink water.  We’ll the Jones brothers just chugged along like a slow moving freight train.

Pressing along it was .one before we had put quite some distance between us and them, a shame though, the guy in the skirt was pretty cool.  Oh well I thought as we hiked on, up, up, up went climbing Silers Bald.  I saw this one photo quite a bit ago, it was of a girl her tent and this mowed bald with no trees.  I wanted to stay where she was.  It turns out that it was Silers Bald.  We hiked on and on, passing a blue blaze that went a half a mile up and unknowingly passed the place I wanted to camp.  Grrrr when we finally realized it we had hiked 2 more miles away.  Not only did I miss the photo opportunity at the top, it was so early in the day we would have had to burn a whole day to get it.

As we have been hiking this trail, I’ve started to keep a list of things that were I’ll timed; star gazing at the top of Tray Mountain, camping on Standing Indian Mountain, camping at Wesser Bald, and the list seems to be growing.  It’s not that we haven’t had the oppurtunity, it’s that every time we come to one of these places it’s the first thing in the morning or at the beginning of our hike, just a few short miles away.

Hiking on and down hill we descended to a tasty treat at Wayah Gap.  Someone had left some fruit for hikers and fruits ounces very good.  We each had a banana, poor choice on my side, and had lunch. We weren’t there ten minutes before I was getting destroyed by mosquitos.  I couldn’t kill them fast enough.  It was like a hydra, every time I killed one two more would show up.  Eating quickly we trekked up to our false summit before Wayah Bald.

I’m finding that I tend to be thought free when I hike, that was till we started to hike down the false summit.  Coming into what can only be described as death valley put us both on edge. We looked around when we noticed, keep in mind it wasn’t all of sudden.   The land had changed slowly as if to hide it’s eerie atmosphere as long as possible. Everything was dead, all the trees, bushes, roots, everything,there was no sound, no animals, just death. The entire forest was filled with dead broken off trees, uprooted, fallen over and rotting wood.  This place felt like death, the only thing keeping it from really creeping us out was the pure sunlight we were getting.  If it were foggy and misty we would have probably rant he two miles or so through the area.  Not only did it feel of death, it was a place of death, everywhere we looked were widow makers hung in the tree just off the trail, waiting to hit it’s mark. 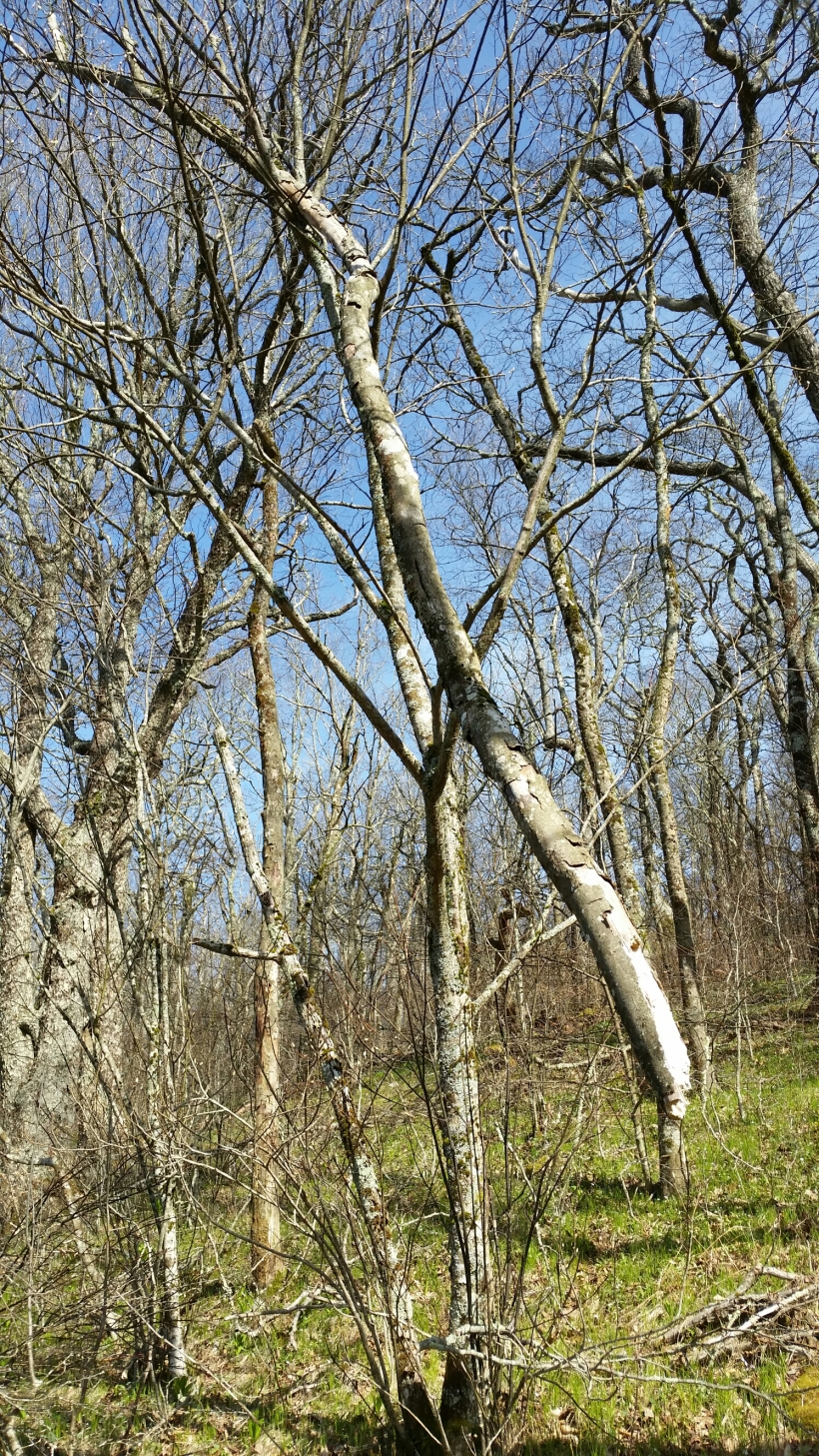 Hiking quickly onward it seemed to go on forever, then just as it had eased us in, the land slowly released its grasp on us and brought us back to a forest of green life and animals.  Feeling a bit safer we finally saw the tower at the top of Wayah Bald. Tired, hungry and just wanting to get to camp, we climbed the tower. Oh my god, you wouldn’t believe how far we could see.  I could see the Smokey’s, the mountains we had climbed, everything.  The view from atop this tower was breathtaking. Doing my best I grabbed a few photos and just admired the land.

Refreshed and rejuvenated we hiked our short mile or so to camp.  It is always the same, the last mile or so takes forever for us.  Maybe because we are tired or excited, never the less it drags on for ages.  Down the hill we hiked, over steps, rocks and roots, wodering if we’d ever reach the shelter.  Just as the day had been a day of mystery, the shelter appeared out of no where.  Home, finally we thought and sure enough there was room too.  I really didn’t feel like piching a tent tonight and I just wanted to eat.  Hot food in our bellies we caught up with the newlyweds and the other hikers. 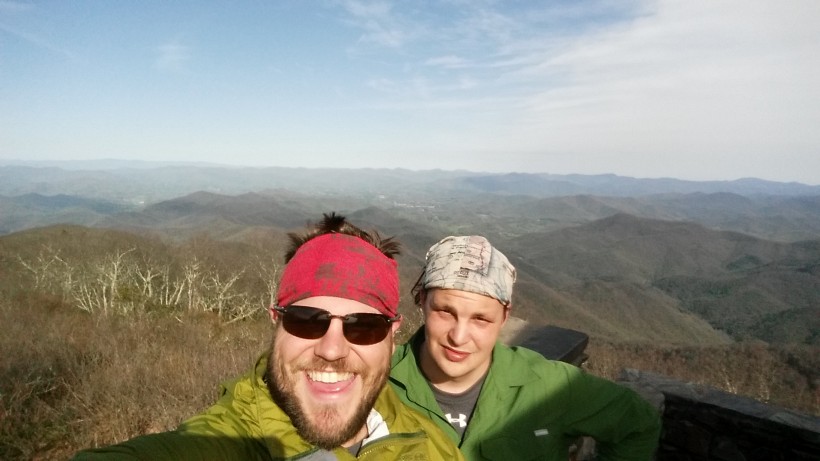