Our first day in the Shenandoah’s was thirty miles of view after view. When I hiked out of Damascus, the Creeper Trail went for thirty miles next to the AT. The long smooth gravel trail went by waterfalls, the river and many streams.  The AT went up and down over rocks, roots and crap no more than 40 feet away all times. There were no views or easy footing, it was total junk watching people walk and bike the smooth creeper trail.  Many hikers were frustrated at the conditions of the AT compared to the other trail, even with similar distances.

When we hiked down the blue Ridge parkway, there were no sights unless we came to a gap.  The trail flipped back and forth over the parkway going up every little hill and rock skirting all the spender just out of reach. When I finally came to the Shenandoah’s I had made a decision, never again.  You see the trail used to be skyline drive and from what I have been told was moved to accommodate the increasing traffic to the area. The problem is that the trail was moved away from the spectacular views and into the rest of the puds, pointless ups and downs, in the woods.

Screw that, I decided to walk skyline drive, similar miles, 75 views instead of the dozen or so the AT provided. Here on the drive we were blessed with view after view as we approached the outlooks.  We were also blessed with trail magic fairly often, from visitors to employees. We were greeted by one of the work crews who called us over, offering us cold drinks and weather updates. Here we learned of some impending storms and possible tornados coming our way. Thanking the great guys we headed off to the next overlook. 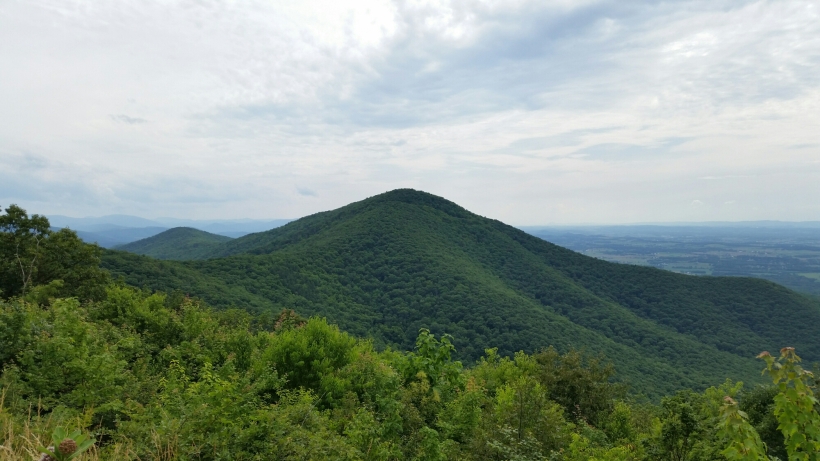 To our surprise we found our friends, Squirt and Whoopee, and Girlscout and the gang.  I quickly informed them of the weather and caught up with them. We all decided to take shelter at Loft Moutain for the night and figure the east out in the morning.  Hiking on the four of us, Huckleberry, Squirt, Whoopee, and I made great time, averaging about 3 miles an hour till it hit us. 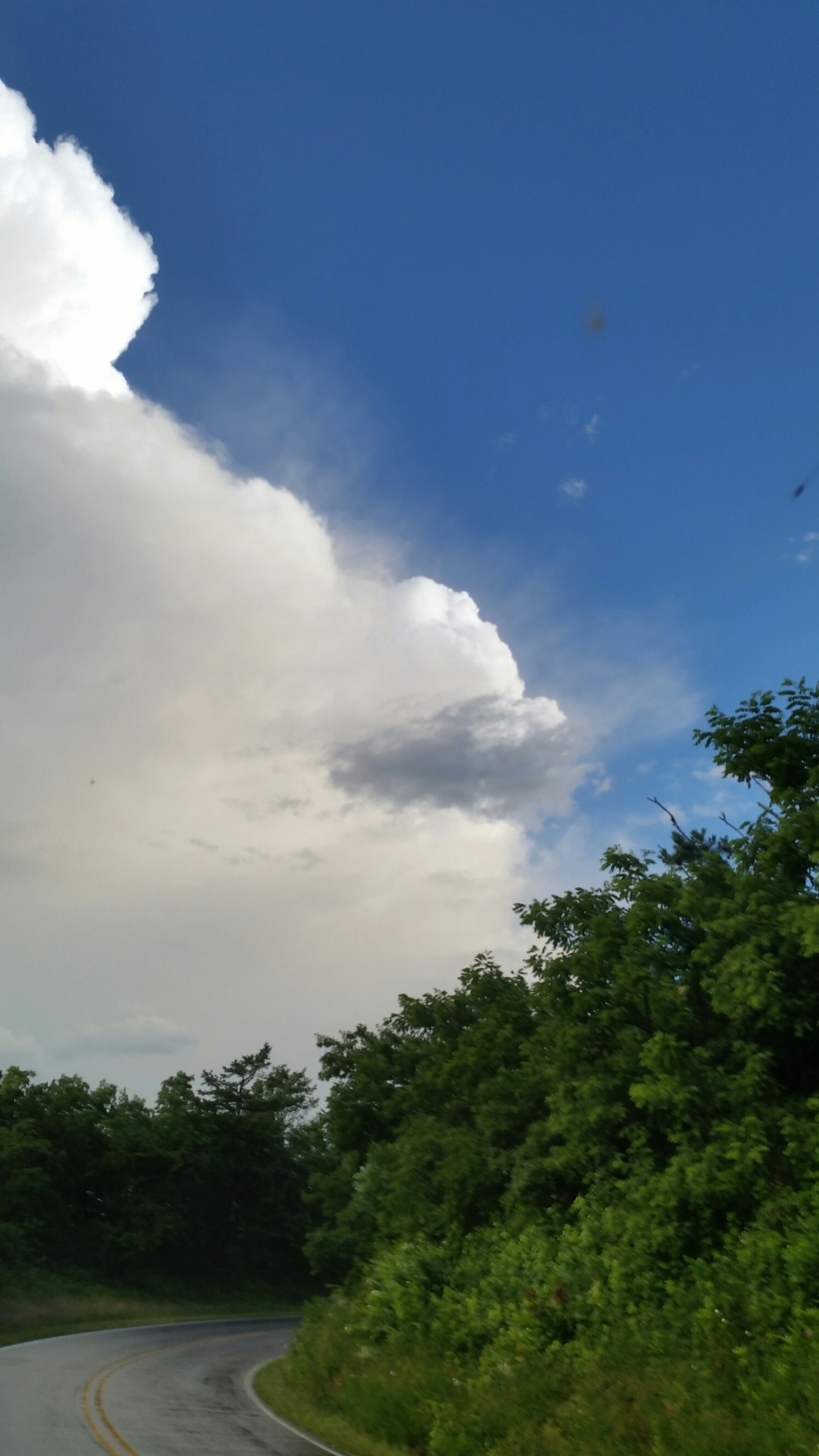 The rain came without warning, just dumping gallons on us in seconds.  Instantly soaked we hiked on, the four horseman.  Our feet sloshing and water pouring off of us, we sang and carried on.  The water cooled us from the heat and we were already soaked, so we had no worries. Our singing turned to sea shanties then to cadence as we marched up and over the hills. Tired and hurting we took breaks in the evening. Just after we started up again we heard a huge rustling to our left. To our wondrous surprise we saw a mama bear and her three cubs just twenty feet from the road.  Each of them clinging to the same tree in an alternating order.

Moving on, day became night as we caught sunset at a gap, relishing in the moment. As the night drug on, our feet became sore and our pace slowed.  We walked till we were exhausted at the entrance to the campground. Here we recieved a huge blessing in the fog, a woman with her kids was coming in to vacation and picked us up at the driveway. Carrying the four of us to campground we chatted and shared our stories. They had been scared with he dark and fog and we were exhausted. Imparting on us a box of honeybees and some beverages we feasted and slept soundly.